Enforcing a Broken Promise: Getting a bid honored The general contractor, who was in contract with the public entity, was forced to retain another subcontractor to perform the work, at an additional cost of nearly $420,000. L&H brought suit and proceeded to trial after the subcontractor offered only a nuisance value in settlement.  At trial, the subcontractor made numerous arguments to avoid enforcement of the broken promise, including:

In response to the subcontractor’s statements, L&H’s construction attorneys argued the bid became irrevocable once the general contractor used it in its bid to the public entity (on the very same date it received the bid).

After L&H argued the case, the trial court agreed with L&H that

The trial court accordingly entered judgment in favor of the general contractor for the full amount the damages sought, approximately $420,000. 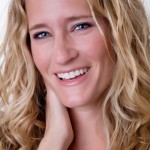