How to File a Bid Protest

California law generally requires public works projects that exceed $5,000.00 to be publicly bid and awarded to the lowest responsible bidder. Often times a contractor will submit a bid on a public works project only to find that they were the not awarded the project because they were lowest responsive responsible bidder. At that point, the contractor normally accepts the government entity’s decision and moves onto the next project. But what if the intended awardee’s bid is missing key information or the intended awardee not a responsible contractor?

2. Requirements to File Your Bid Protest

3. Grounds for Protesting the Intended Awardee

A protesting bidder can also challenge whether the intended awardee’s bid is responsive. A bid is responsive if it promises to do what the bidding instructions demand. A bid which contains a deviation from what the invitation for bid requires is non-responsive. For example, a bid is nonresponsive if the bid does not include bid security, a bidder fails to obtain a performance or payment bond when one is required, the bidder is not appropriately licensed to perform the work designated in the prime contract, or the bidder fails to list subcontractors who are performing work in an amount in excess of one-half of 1 percent of the contractor’s total bid. In the bid protest letter, the protesting bidder should outline all of the parts of the intended awardee’s bid that are nonresponsive. However, it should be noted that a bid that contains only immaterial deviations from the invitation for bid may be accepted at the public entity’s discretion. 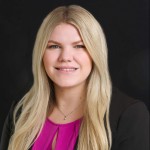 Lauren Stec is a dependable and persistent attorney who will fight for her clients in every stage of litigation. Ms. Stec uses her strong oral advocacy skills to present her clients’ position in a clear and compelling manner to effectively resolve cases long before trial and at considerable savings to her clients.